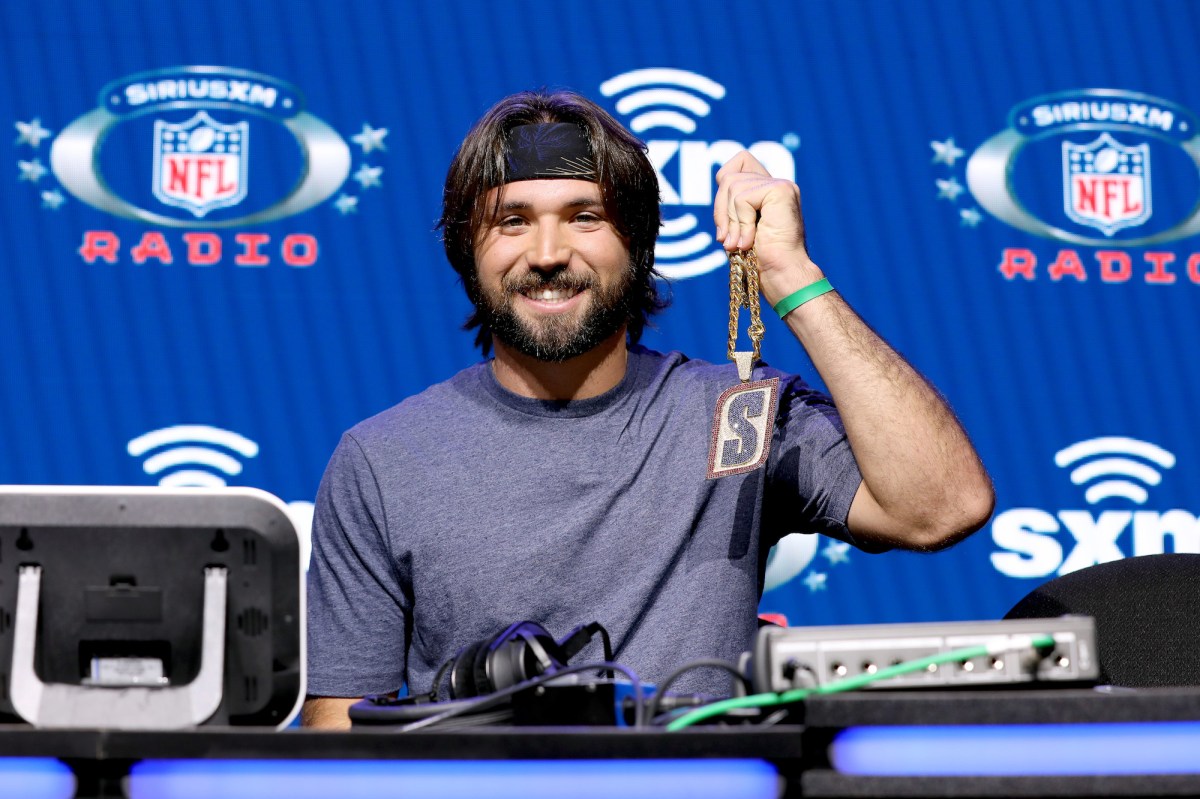 Gardner Minshew II doesn’t think COVID-19 would dare mess with his swagger.
The mustachioed Jaguars’ quarterback has been activated after a “brutal” stint on the reserve/COVID-19 list, which lasted all of two days after coming into contact with infected teammate Michael Walker.
“Did not contract the virus,” 24-year-old Minshew told reporters on a conference call on Tuesday. “Took one look at me and ran the other way. It was probably in its best interests, so here we are, we’re back on Tuesday ready to roll, excited to go play some football.”
Walker, 23, tested positive for the virus over the weekend.
The reserve/COVID-19 list is designated for players who either have tested positive for coronavirus or have come into close contact with someone who has. As of Monday, there were 87 players on the list, 12 of whom are from the Jacksonville-based squad the league’s highest number from a single team according to ESPN.
Minshew explained his theory on the situation.
“What happened is I think we both had the antibodies from staying in Naples. We probably got it down there at the same time,” Minshew said of the situation. “Had no symptoms or whatever and then I think he failed a test but I don’t think he has it again, but just since he failed it and I was around him then I had to sit out, too.
“Just shows kind of the fragility of this whole thing and how fickle this thing can be. Just being around somebody, if they touch enough people, you could shut down a whole team really quick.”
Jacksonville Jaguars quarterback Gardner Minshew IIGetty Images for SiriusXM
The affable 2019 sixth-rounder from Washington State took the football world by storm last season after stepping in for starter Nick Foles, who broke his collarbone in Week 1. Since then, abundant lore about Minshew II — an in-name-only designation by his father Flint — has included stories of naked locker room stretching in a jock strap and intentionally breaking his hand with a hammer
Minshew took over again late last season for a struggling Foles, who was benched after returning from injured reserve and traded to the Bears having started just four games for the Jaguars. He finished his rookie year with 285 completions on 470 attempts for 3,271 yards, 21 touchdowns and six interceptions through 14 appearances and is the expected starter heading into the 2020 NFL season.
While his mandatory quarantine was quite brief, the second-year quarterback was sorely disappointed to miss reuniting with his teammates.
“It was brutal, dude,” Minshew said. “Like, yesterday would have been like the first day of school, you know. Had my outfit picked out and everything, had to stay at home. That sucked, missed out on playing with all my friends.”
NFL players have until Thursday to opt out of the 2020 NFL season.