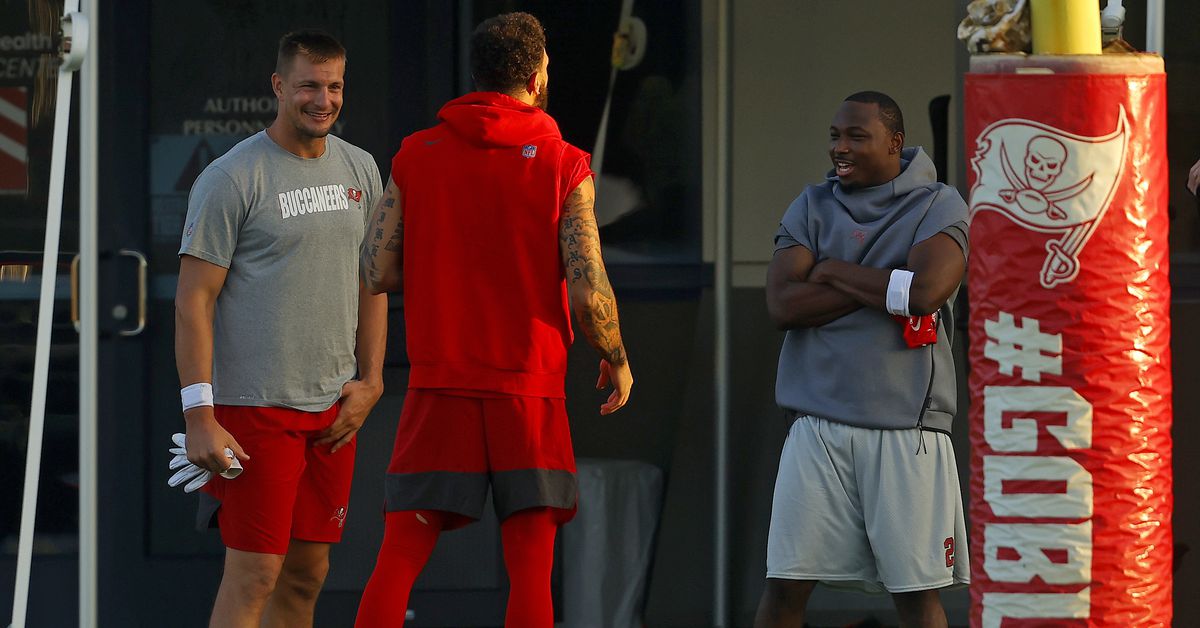 Cameron Jordan may view the Bucs as a second-place team in their own division; LeSean McCoy however, has an entirely different perspective.
The 12th-year veteran didnt mince words when explaining why he chose Tampa Bay as the next chapter in his career. I wanted to win. I wanted to contribute, he told reporters via Zoom on Tuesday. I needed something to push me. I want to be with a group of guys that want to win and I think this is a perfect place.
McCoyjoins an offense that was already one of the tops in the league before adding Tom Brady and Rob Gronkowski to the fold. Shady may not be the same back he was back in 2013, but he can still be a contributor on Sundays.
It is a tad bit ironic that the Bucs are coming off a 7-9 season and have the lowest winning percentage among all 32 teams in NFL history, yet are seen as winners in the eyes of many around the league.
But when you look closely, theres a lot to like about this team. McCoy like Brady and Gronkowski can see it, too.
Theyre building something special here I truly believe that, he said. Its a mixture of leadership with age and also the youth and talent.
McCoy knows all too well about building something special. He joins the Bucs fresh off his first Lombardi Trophy experience with Patrick Mahomes and the Kansas City Chiefs. For him, 2019 really showed what it takes to win a Super Bowl.
It comes down to just being a great team, he said. All the small things, being disciplined, that really carries over to tight games where you need to win being disciplined, being smart. Last year with the Chiefs, they had a lot of talent, but they have a lot of good coaching… a lot of that stuff has to play a big role. I think building a team with talent, you need all those extra things to be a successful group and win a championship.
How McCoy officially fits in to the Bucs plans will certainly be a story to monitor throughout camp. The Bucs already have a presumed starter in Ronald Jones II, a third-round rookie draft pick in KeShawn Vaughn (who is currently on the Bucs reserve/COVID-19 list), and a third-down back in Dare Ogunbowale who also happened to play the second-most snaps among Bucs running backs in 2019.
Its certainly a crowded room, but McCoy knows this. The best part? Hes fine with the situation and is willing to help out in anyway he can, especially when it comes to Jones development.
He (Jones) is the guy here and I want to help him out in any way possible, he said. I see he has a lot of talent. If I can help him out to be any better for our team, Im willing to do that.
At the end of the day, were all playing for one goal and thats the Super Bowl.
One thing is for sure: McCoys wait for a new team is finally over and hes ready to hit the ground running (pun intended).
Enough waiting lets do it. Lets get in there with the team, lets learn the offense, things like that. I mean, come on Im in Tampa, nice weather and Im playing with Tom Brady? How do you beat that?
I dont know if Bruce Arians could have said it better himself.