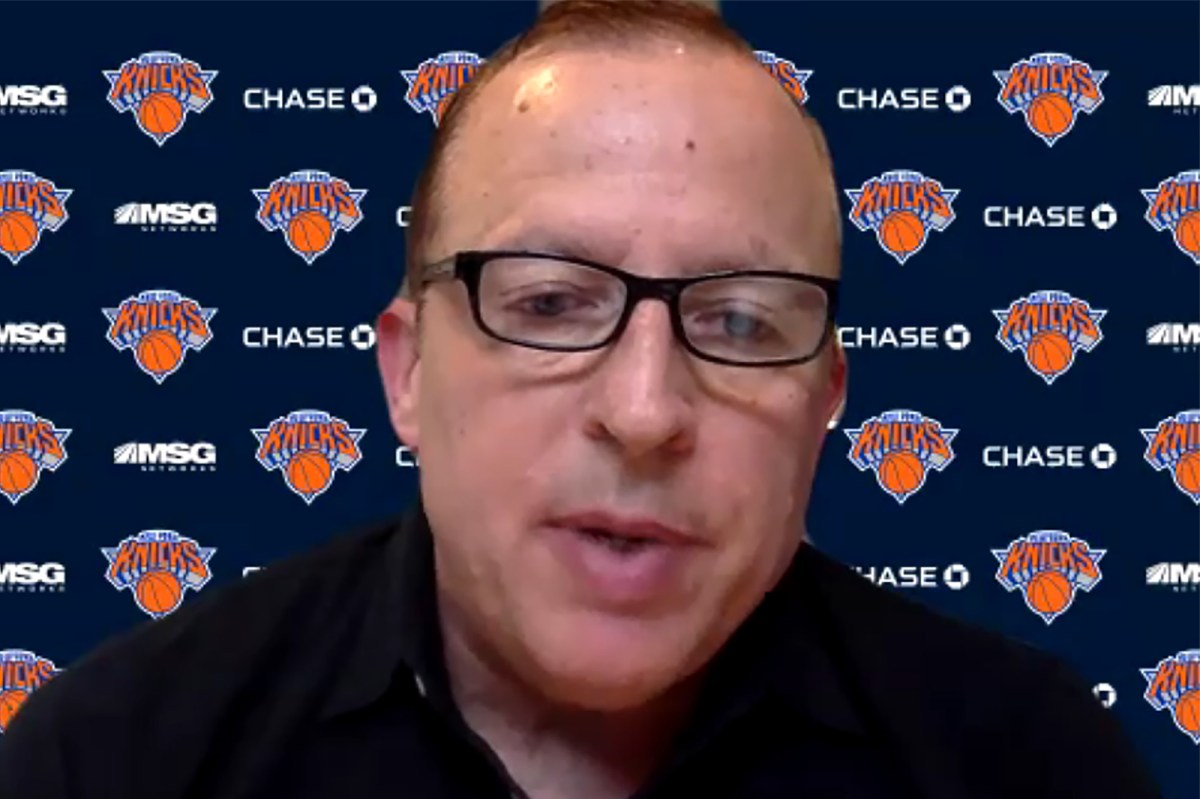 Tom Thibodeau still hasnt gotten his first wish as head coach.
A stalemate still exists between the players association and NBA on an agreement regarding organized team activities (OTA) for the Delete 8, according to multiple sources.
The union still is apprehensive about health/testing protocols that meet the standards of the Orlando restart bubble that has been a success. A conference call with the eight teams out of the Orlando restart gained no traction Tuesday.
The Post reported in late June the union was against having teams stage mandatory mini-camps at their own training facilities without any bubble element. However, reports stated the union would be open to a bubble situation in one city for the eight teams to scrimmage. The Post reported any activities would be voluntary.
Tom ThibodeauKnicks
Charlotte and the Knicks are at the forefront in hoping for mini-camps at their own facilities. The Knicks, who want to evaluate their slew of young players, arent in favor of games. The Charlotte Observer reported an agreement would be reached by last week. That hasnt happened yet.
Every week its something different, one coach from a Delete 8 team told The Post. The players association just keeps getting involved. I call it 50-50. But we cant go eight, nine months without anything.
Talks are still ongoing, but sources believe the NBA and union are still focused on the Orlando restart and making sure it continues to go smoothly. Knicks GM Scott Perry said Thursday hes working with the league on mini-camp talks and sounded like it would happen.
Its not just the time away from Xs and Os, the coach from a Delete 8 team said. Its physically to not play full-court basketball for nine months and get into an NBA season is not good.
The expected training camp date for next season is Nov. 9. The Knicks played their last game March 11. Under prior NBA rules, the Knicks can still host players at their Tarrytown facility for individual workouts only of which Thibodeau plans to take advantage.
If Orlando continues to go well, the league will be able to put their guard down and devote time to the rest of us, the coach said. All resources are going to the 22 teams in the bubble.