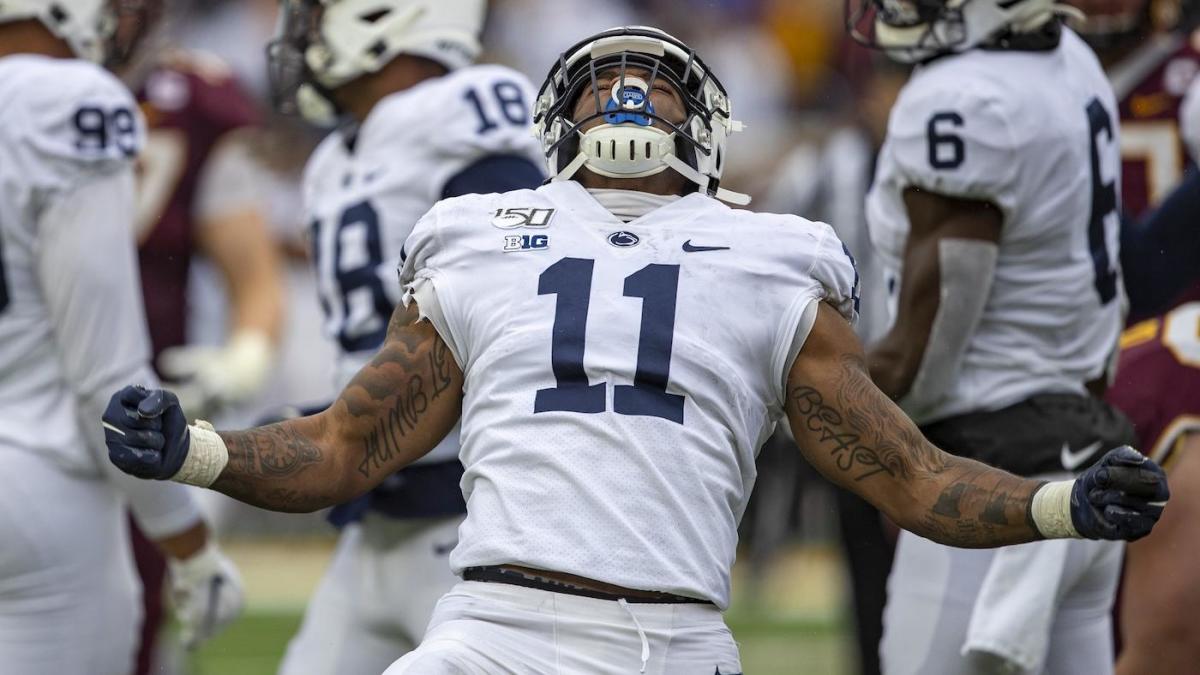 Penn State star linebacker Micah Parsons — a potential top-10 pick in the 2020 NFL Draft — is expected to opt out of playing the 2020 college football season, according to Yahoo Sports’ Eric Edholm and Lions247. The highest-rated Nittany Lions player recruited by coach James Franklin would presumably be doing so amid concerns about the ongoing COVID-19 pandemic.
Parsons racked up 109 tackles, including 14 tackles for loss, and five sacks as a sophomore last season while earning consensus All-American honors and the Big Ten’s Linebacker of the Year award. He was also a Butkus Award finalist.
The decision is likely not an easy one for Parsons, who had two seasons of eligibility remaining entering 2020 and stated goals of winning a national championship at Penn State.
Parsons expected choice comes in the wake of fellow Big Ten star and Minnesota wide receiver Rashod Bateman deciding to skip the season to prepare for the NFL Draft. These decisions come as Big Ten leaders are reportedly considering how to proceed with the 2020 season, if it is played at all. The league has yet to release its schedule, and several programs have had to pause workouts due to COVID-19 cases among players.
If there is a season, Penn State will feel Parsons’ absence. The Nittany Lions are ranked as the preseason No. 9 team in the nation, per the CBS Sports 130, after three 11-win seasons in the last four years. Parsons was a large part of the reason why.
The Pennsylvania native was a five-star prospect in the Class of 2018 and came in as high as No. 4 in a series of 2021 NFL mock mock drafts conducted by CBS Sports experts in June.
Parsons earned spots on the preseason watch lists for the Butkus Award, Bednarik Award and Lott IMPACT Trophy. When his decision becomes official, he will join Bateman and Virginia Tech cornerback Caleb Farley as potential first-round picks in the 2021 NFL Draft who have already opted out of the college football season.

More than 100,000 have signed up for coronavirus vaccine testing | TheHill – The Hill