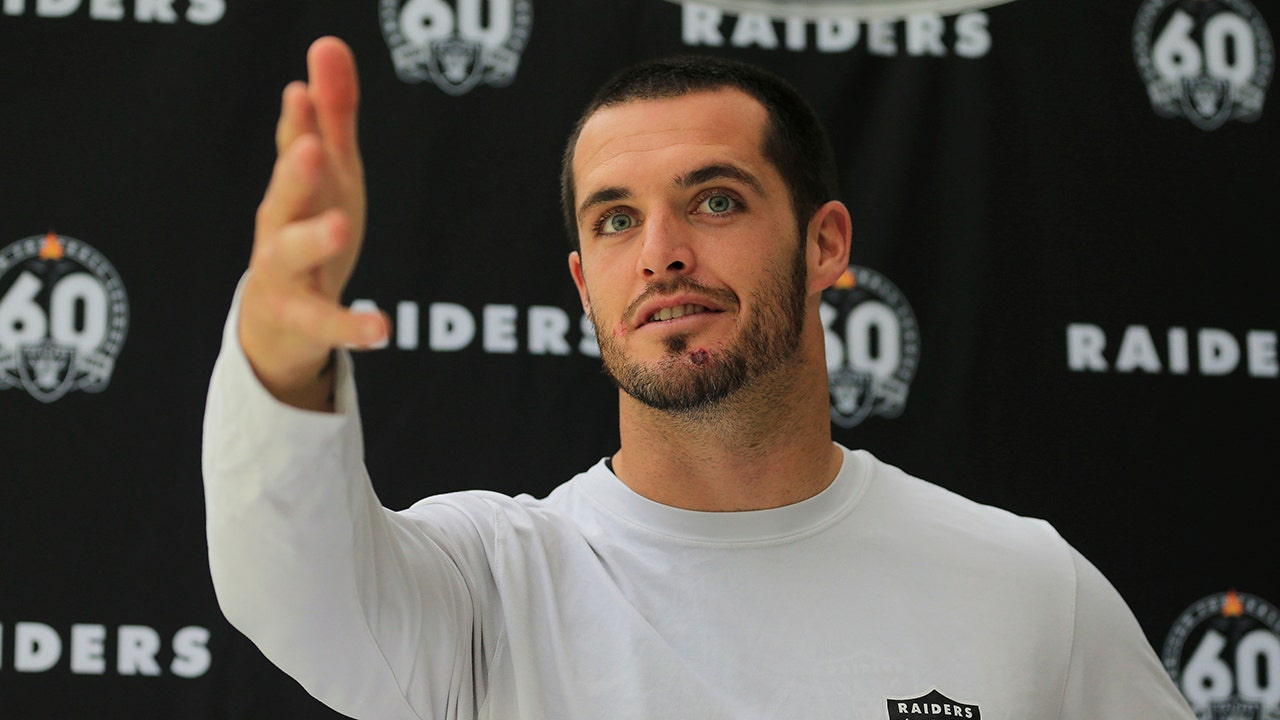 Las Vegas Raiders quarterback Derek Carr is entering the 2020 NFL season with a bit of a chip on his shoulder. With a host of players choosing to opt-out due to the coronavirus pandemic, Carr said on Tuesday that he wasn’t even thinking about it.
PACKERS’ DAVANTE ADAMS OPTS IN FOR NFL SEASON: ‘IT’S SOMETHING I TRULY BELIEVE WE CAN NOT NECESSARILY RUN FROM’
“I have a lot to prove to myself,” Carr said in a videoconference. “I have a lot to prove to my organization. I’m going to be completely honest with you: I’m tired of being disrespected. So there was no question I was going to play this year.”
Carr put together a solid season back in 2016 when he was in the MVP discussion, but he suffered a broken leg and hasn’t been the same since. Since becoming the starter of the Raiders, Carr has a 17-30 record with 62 touchdown passes and 31 interceptions. He is a three-time Pro Bowler, and has never started a postseason game.
CLICK HERE FOR MORE SPORTS COVERAGE ON FOXNEWS.COM
Many thought that Carr wouldn’t have lasted another season under head coach Jon Gruden, but the Raiders signed quarterback Marcus Mariota in the offseason, and he could potentially give Carr competition at the position.