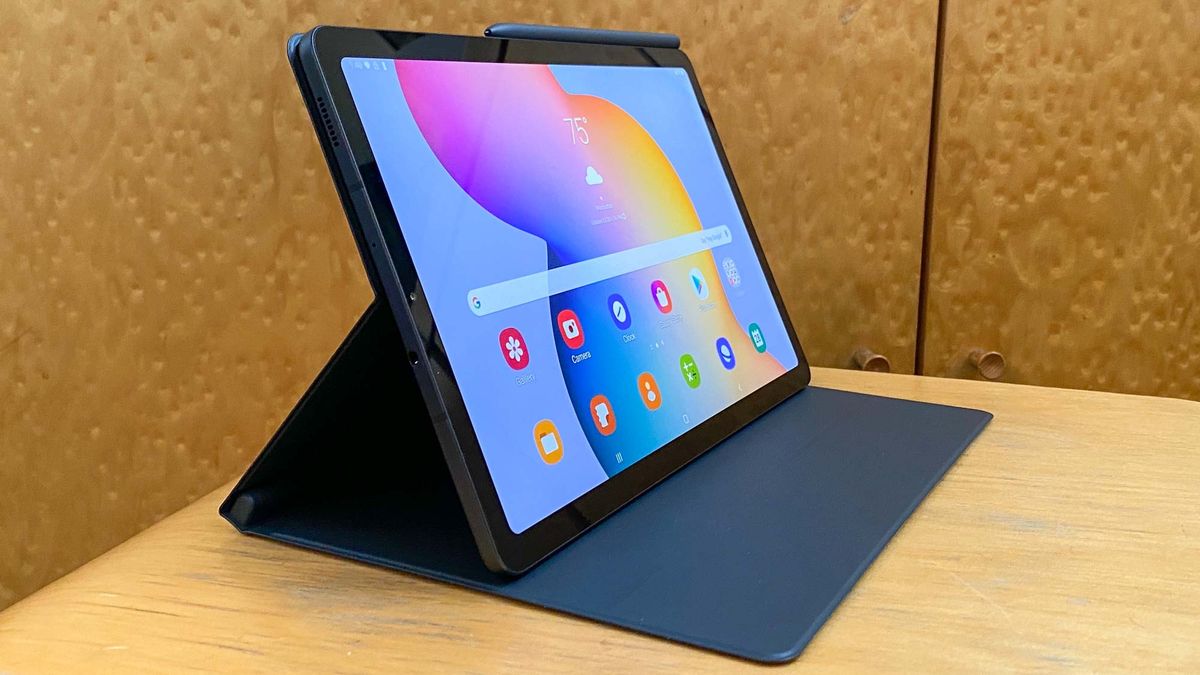 While we wait to see if the Samsung Galaxy Tab S7 will make its formal debut at Samsung’s Unpacked event this week, we may have just got our first look at its packaging.
That’s thanks to music producer Krisztian Viola, who shared a photo of what appears to be the box for the 5G version of the Tab S7+. While we’re a little surprised at the source, Samsung likes to share units with creators, to see what they can do with their products, so it’s not too far afield.
We found Viola’s tweet because he @-mentioned XDA’s Max Winebach in the post, and Winebach retweeted it. From the photo, we can see two features that we first learned about in leaked renders.
First, the webcam is positioned in one of the longer bezels, rather than one of the shorter sides, making the Tab S7 ready for your next Zoom call. Next, if you squint, you can see that the camera bump on the back found next to the slot for the S-Pen, a similar layout as the Tab S6 sticks out a little more than on that predecessor.
hey Max @MaxWinebach pic.twitter.com/CilDcOAKnOAugust 3, 2020
Of course, the other big features 5G capability, thinner bezels gleamed from this photo have also been rumored for some time. You can also expect a faster Snapdragon 865 Plus processor along with S Pen enhancements.
While Apple’s high end tablet has its neat way to store its stylus and thankfully thin bezels, it doesn’t have 5G yet. We can’t wait for Samsung to actually reveal the Galaxy Tab S7, and see how it stacks up to the iPad Pro.