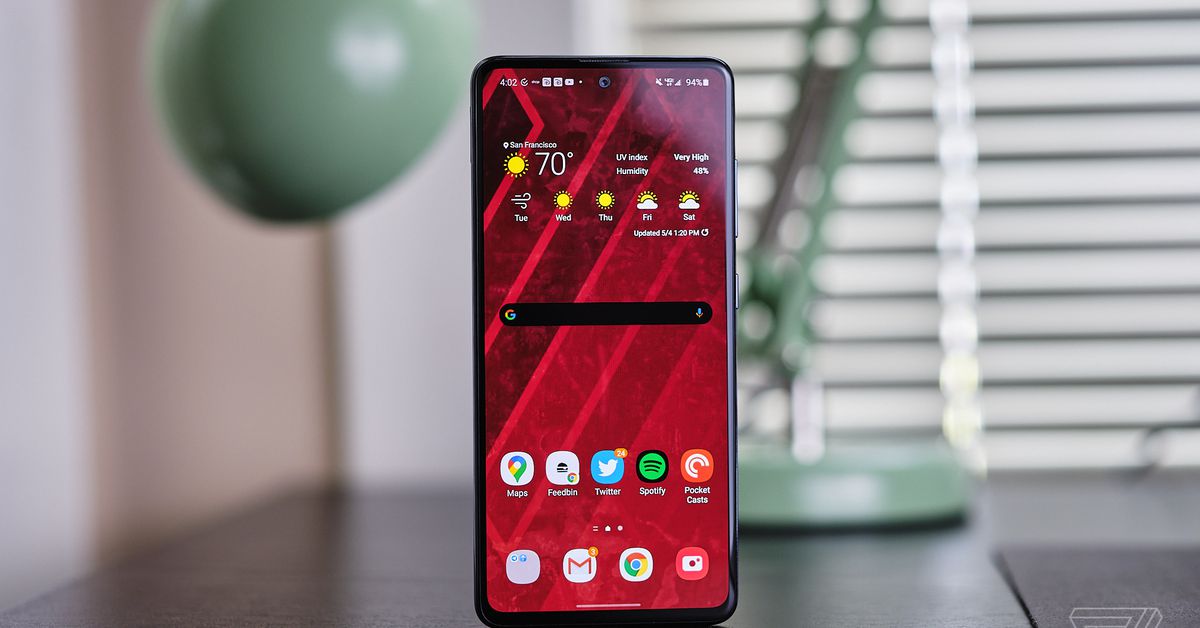 5G connectivity on a very affordable Android
Samsungs next midrange phone to get 5G connectivity is the Galaxy A51. Originally launched back in April, the A51 costs $400 normally and sits comfortably in the zone occupied by the now-discounted Pixel 3A and newly announced Pixel 4A (of which there is also a 5G version coming). But the new 5G version of the A51 will go for $500 and work on T-Mobile and Verizons 5G networks, Samsung says.
Samsung originally announced that its Galaxy A-series lineup would get 5G back in April, and the A51 is the second device after the A71, which costs $600, to get the faster network treatment. Sporting slightly less impressive specs compared with the A71, the A51 has a 6.5-inch FHD+ OLED Infinity-O display with a hole-punch camera in the screen, a totally fine quad-camera system on the back, 128GB of onboard storage, 4GB of RAM, and a 4,000mAh battery. It has an understandably midrange processor, the octa-core Exynos 9611, but is otherwise a very decent midrange device with an impressive screen (and also a headphone jack).
Samsung says the A51 5G will come to T-Mobile, which just today announced an expansion of its 5G network by 30 percent, on August 7th. As part of that, the device will also come to the T-Mobile-powered Metro network as well. Starting August 13th, the A51 5G UW version will be available on Verizon and its 5G millimeter-wave network, which also supports the 5G variant of the Samsung Galaxy S20.