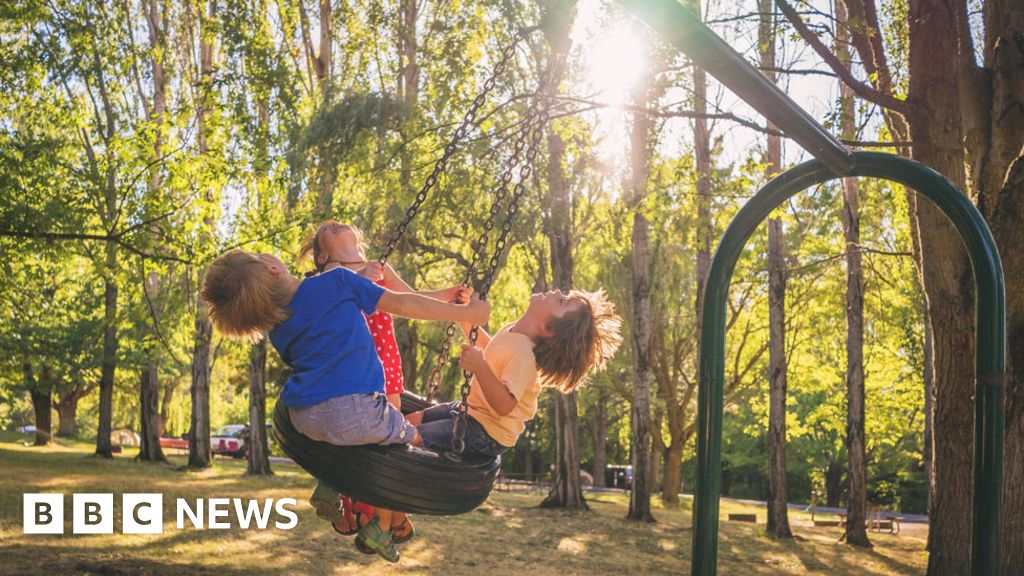 Image copyrightAlamyImage caption
Some eight million children in England were sent home from school in March
Schools should only close after pubs, restaurants and non-essential shops in any future lockdown, the children’s commissioner for England has said.
Anne Longfield says children have a right to an education, must not be an “afterthought”, and that schools should be “first to open, last to close”.
She says children play a smaller role in spreading Covid-19 and are much less likely to get ill from it.
The government says getting children back to school is a national priority.
On Wednesday, Ms Longfield published a new briefing setting out what her office believes are the key actions needed to ensure children “are at the heart of planning for the future”.
The children’s commissioner acknowledges that reducing Covid-19 transmission in the community is very important “but it should not be automatically assumed that this requires closing schools – except as a last resort”.
The briefing paper calls for the regular testing of pupils and teachers, so any confirmed Covid-19 cases – and their close contacts – can be isolated “without necessarily having to send entire classes or year groups home”.
It adds: “This will be particularly important in the 2020/21 winter flu season when clusters of flu could be mistaken for a Covid-19 outbreak and result in unnecessary closure or interruption.”
Image caption
Ms Longfield says children are too often an afterthought
Her paper argues that, when pupils need to work online, the Department for Education should expand its laptop programme.
Consideration should also be given to those children taking exams next summer so that these children are not disadvantaged, particularly in the case of extended local lockdowns.
The briefing paper warns there is risk that some children will struggle to come back to school after a period away, and that this could lead to truancy and challenging behaviour.
The DfE should closely monitor attendance and exclusion figures within areas that have experienced a local lockdown or increasing cases of Covid-19, in order to identify where further help is needed, it says.
With evidence of a rise in mental health issues among many children because of the lockdown, Ms Longfield calls for local NHS mental health teams to work with schools to provide support.
She raises concerns that children in young offender institutions and secure training centres have been spending more than 20 hours a day in their cells, family visits have been banned, and face-to-face education has stopped.
Ms Longfield also suggests that the government should hold a news conference aimed at children, giving them the chance to submit questions to press briefings, just as adults were in the previous daily briefings.
Image copyrightOffice of the Children’s CommissionerImage caption
Anne Longfield wants to see children at the heart of future planning
She said: “Too often during the first lockdown, children were an afterthought.
“If a second wave occurs, children must be at the heart of coronavirus planning – that means schools must be the first to reopen and the last to close during any local lockdowns.
“Regular testing must be also in place for teachers and pupils, to reassure parents.
“If the choice has to be made in a local area about whether to keep pubs or schools open, then schools must always take priority.”
Education Secretary Gavin Williamson said: “Getting all children back into the classroom, full-time at the start of next month is a national priority, as this is the best place for them to be.”
His department would be guided by “the best scientific and medical advice”, he added.
Labour leader Keir Starmer told the Guardian that the “priority must be reopening schools for the new term” and urged the government to “set out a clear plan this time, not just hope for the best”.
“If that means making hard decisions elsewhere, so be it: to govern is to choose.”
Paul Whiteman, general secretary of school leaders’ union NAHT, said: “School leaders are currently preparing their schools for all children to return in September, and are following all the government and health guidance they have been given in order to make it as safe as possible.
“But the success of September’s return to school rests as much on what happens outside the school gates as within.”
Teresa Heritage, vice-chairwoman of the Local Government Association’s Children and Young People Board, said councils would continue to work with all schools and local partners.
“Any local decision to close a school will need to be based on the scientific advice.”