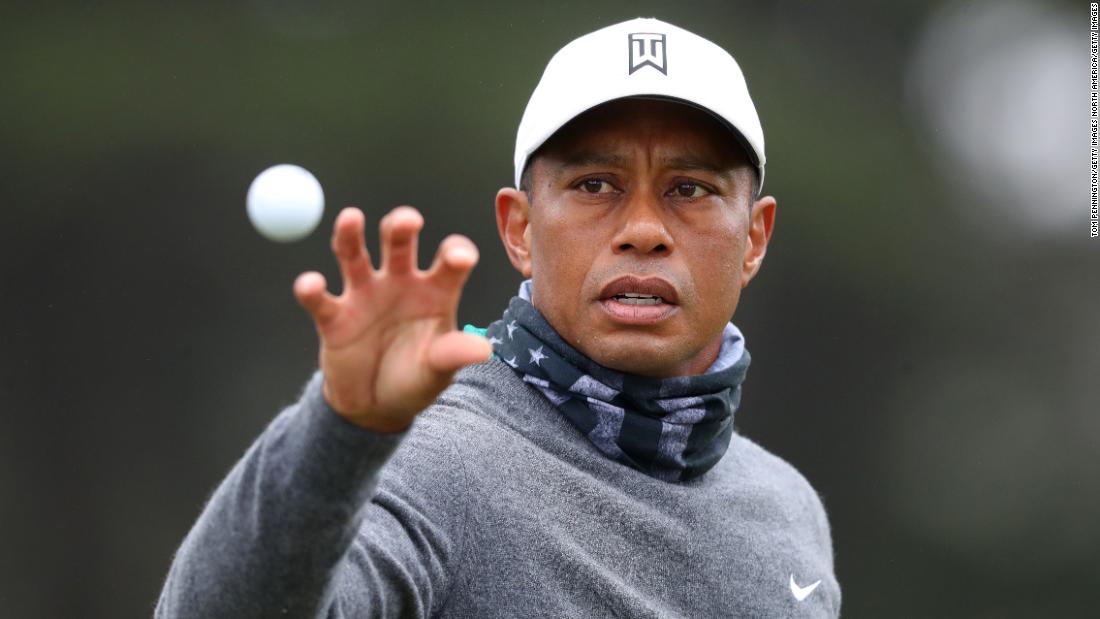 (CNN)Asked if he could win the PGA Championship, golf’s first major of the calendar year amid a disrupted season, a smiling Tiger Woods had a simple answer for reporters.
With no supporters in attendance at San Francisco’s Harding Park, there will be no roaring atmosphere that Woods usually feeds off at majors, nor will there be the usual horde of fans tailgating him around the course.
But the 15-time major winner is hopeful he can still thrive in this new competitive environment.
“I don’t know if anyone in our generation has ever played without fans in a major championship,” he said on Tuesday, two days before the tournament tees off.
“It’s going to be very different. But it’s still a major championship. It’s still the best players in the world. We all understand that going into it, so there’s going to be plenty of energy from the competitive side.
“But as far as the energy outside the ropes, that is an unknown. And hopefully I can put myself in a position where I can be in that position where I can feel what it feels like to have no fans and also coming down the stretch with a chance to win.”
Woods has had just one competitive outing since golf resumed earlier this year, when he tied for 40th place at last month’s Memorial Tournament.
He missed the Players Championship in March with a back injury shortly before the coronavirus pandemic put tournaments on hold, but says he now feels in good shape — especially compared to last year’s PGA Championship when he missed the cut at Bethpage.
“Obviously I haven’t played much competitively, but I’ve been playing a lot at home so I’ve been getting plenty of reps that way.
“Just trying to get my way back into this part of the season. This is what I’ve been gearing up for. We’ve got a lot of big events starting from here, so looking forward to it. This is going to be a fun test for all of us.”
Justin Thomas, who recently returned to the world No. 1 spot, and Brooks Koepka, who won the past two PGA Championships, are among the favorites to win in California, while a beefed-up Bryson DeChambeau has made a statement with his big driving game since golf’s return.
But it would be foolish to write off Woods, who capped off a remarkable comeback from injury when he won the Masters last year.
The coronavirus pandemic has seen the bulk of the men’s major golf calendar shift to the second half of the year.
The Open was canceled, while the US Open and Masters will take place in September and November respectively.