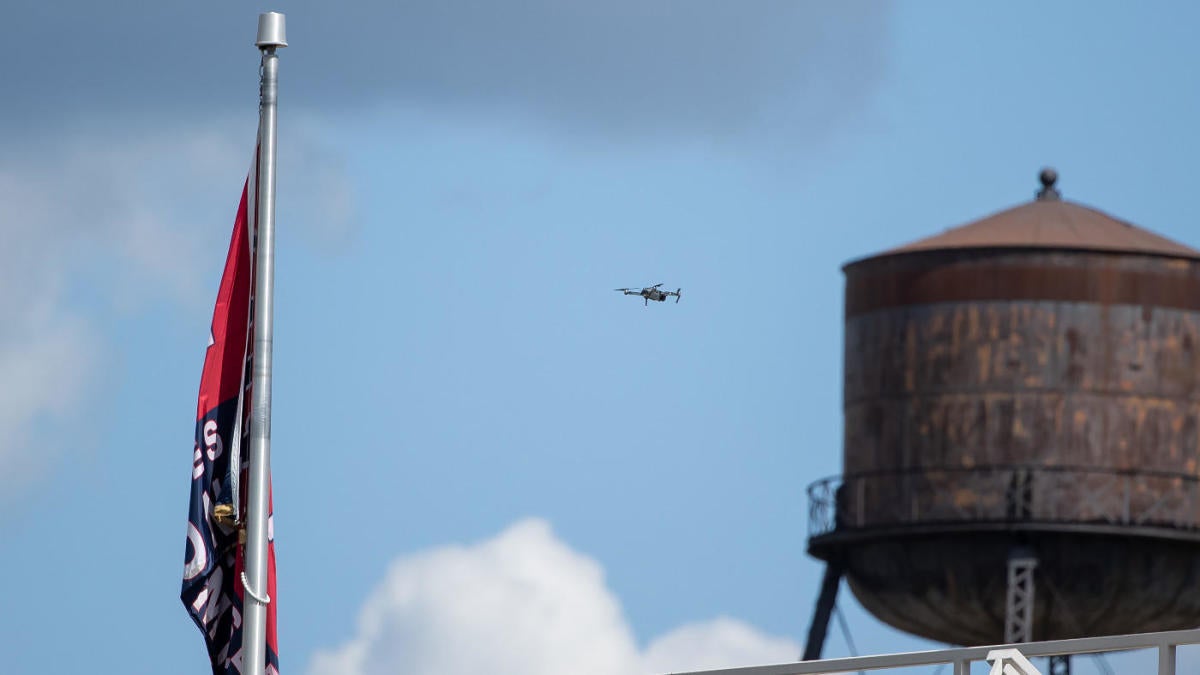 The 2020 MLB season — 2020 in general — has been anything but typical. The ongoing COVID-19 pandemic forced the season to be shortened to 60 games and there are rule changes abound. Universal DH, expanded postseason, seven-inning doubleheaders, you name it. It’s a weird year for baseball.
Tuesday at Target Field, the weird was ratcheted up a notch. The afternoon’s game between the Minnesota Twins and Pittsburgh Pirates (GameTracker) was delayed approximately five minutes in the fifth inning because a drone hovered over the field. To the action footage:
The umpires pulled the players off the field because the drone presented a safety issue. The drone flew as low as the middle of the third deck at one point, so it could have interfered with a ball in play.
Relievers in the bullpen attempted to hit the drone with baseballs, according to The Athletic’s Dan Hayes, but no luck. The drone hovered over the field for a few minutes before eventually disappearing into a nearby parking lot, at which point the game resumed.
Flying a drone over an MLB ballpark is not just a nuisance, it’s illegal. The Federal Aviation Administration puts temporary flight restrictions in place for airspace above all MLB games, so drones are unauthorized. Are they fun to fly? Sure. Are they illegal to fly over an MLB ballpark? You bet.