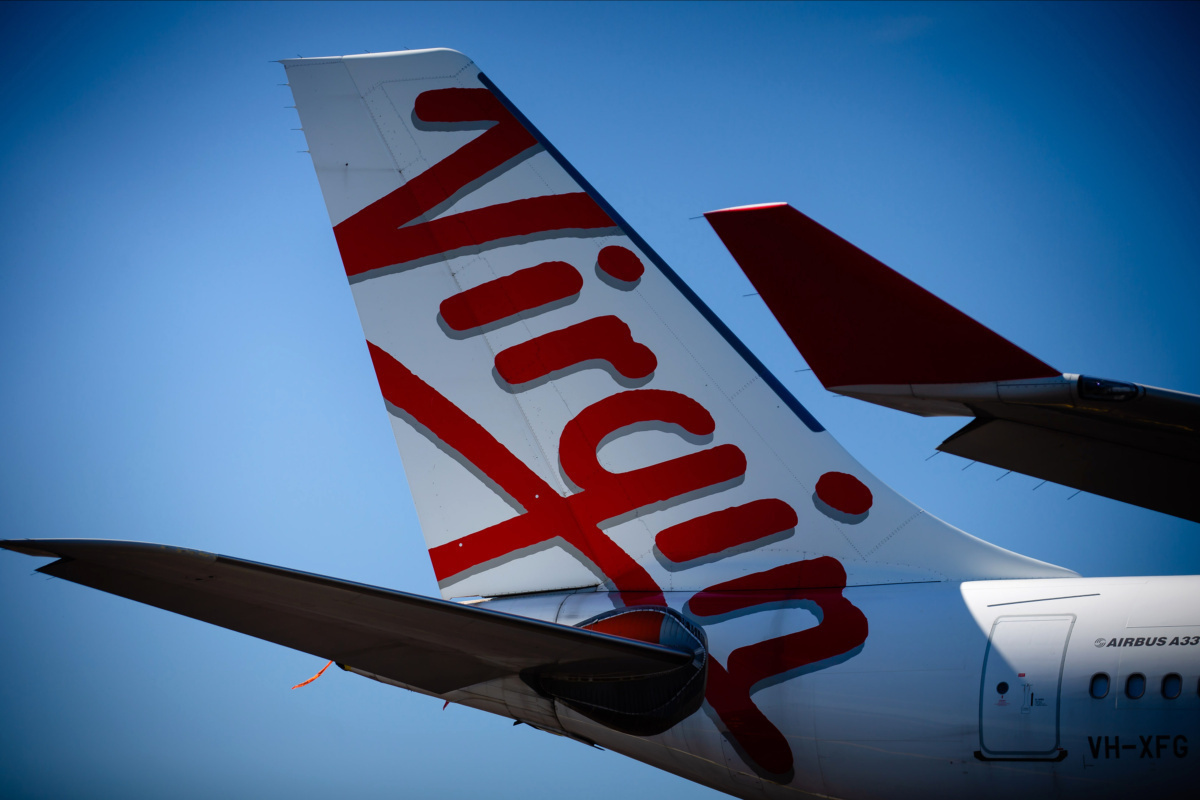 Virgin Australia is emerging from the ashes of its April collapse. After a sale and restructuring process, the airline has just announced its future plans. Many of the changes were predictable, but there are some surprises. However, it’s all intended to create a stronger, more profitable, and competitive airline.
Virgin Australia has just announced its plans for the future. Photo: Getty Images
Virgin Australia outlines its future
In a statement released Wednesday morning, Sydney time, Virgin Australia said;
“Virgin Australia aims to be the best value carrier in the market, not a low-cost carrier. It will offer exceptional experiences at great value, regardless of the purpose of travel.
“Virgin Australia will continue to offer choice and convenience through an extensive network of domestic and short-haul international destinations, including frequent capital city connections and services to leisure and regional markets as part of the company’s future network plans.
“Our initial focus will be on investing in the core Virgin Australia domestic and short-haul international operation alongside our 10 million member strong Velocity frequent flyer program, continuing to offer an extensive network of destinations, a domestic lounge network, and value for money for customers.”
Maintaining an extensive network and offering good value is part of the new Virgin Australia proposition. Photo: Getty Images
Tigerair axed, fleet pared back to Boeing 737s
As expected, Virgin Australia will revert to an all Boeing 737 fleet. The airline will remove the ATRs, 777s, A330s, and A320s from their fleet. In total, that reduces the fleet by 28 aircraft. All but four Boeing 777s are leased. That leaves 79 Boeing 737-800s still on the books. Many believe the number of 737s will also get trimmed at a future point. Virgin Australia confirmed today that the 737s would operate with a two-class cabin offering.
Regarding the order for 48 737 MAXs, Virgin Australia told Simple Flying discussions with Boeing were continuing and no update is available.
The future of Virgin Australia Regional Airlines (VARA) remains under a cloud. Virgin Australia says they are reviewing their options and examining different operating models. The future of Tigerair Australia is less uncertain. Virgin Australia has confirmed Tigerair would get axed, saying there was not enough demand in the market to support two brands. However, they plan to keep the air operator’s certificate should circumstances change in the future.
The Tigerair brand will disappear from Australia’s skies. Photo: Getty Images
Virgin Australia wants to keep flying long-haul
Virgin Australia says international long-haul operations will remain an important part of the business. But given the current environment, the airline doesn’t plan to resume international flights anytime soon. But they did expressly reference interest in maintaining flights to Los Angeles and Tokyo. However, with Virgin Australia offloading their long-haul A330 and Boeing 777 aircraft, a new question arises – what aircraft will they use to operate any long-haul flights?
3,000 jobs will go at Virgin Australia
Meanwhile, approximately 3,000 jobs at Virgin Australia are set to go. All entitlements will get paid in full. Around 6,000 employees will keep their jobs, and the airline hopes to add another 2,000 more employees in the short to medium-term future.  Calling it a tough decision, Virgin Australia’s CEO, Paul Scurrah said today;
“Our people have shown incredible resilience under tough circumstances. That’s what set the Virgin Australia Group apart and made it so unique. We hope to welcome many of them back as we start to grow again in the future.”
In other news, Virgin Australia confirmed it would be consolidating its Brisbane headquarters in South Brisbane, away from its longstanding HQ at Bowen Hills. In welcome news, the airline will significantly upgrade its digital platforms, including its long criticized website. The digital upgrade will incorporate the Velocity frequent flyer program.
Virgin Australia is currently flying a reduced timetable to 28 destinations around Australia. The airline says it plans to add more flights and destinations as both the economic situation and travel demand improves. In the meantime, Virgin Australia seems to be back from the dead.

Lord & Taylor files for bankruptcy. What does this mean for N.J. malls? – NJ.com